If you want to eliminate these conflicts and start to accomplish what you set out to do, it might be time to take a brutally honest look at what you and your life are all about.

Several years ago, I would have been very irritated by the premise of this column. I felt that when myself and others complained about not having enough time or failing to live up to that all-important “potential,” the solution was actually quite simple.

“Just do it. Just get it done.” was my mantra/condescending advice. “Drop the excuses and get to work.”

I had convinced myself that I was pretty good at “just getting it done” because I managed to have a successful enough freelance career and fulfilling family life while also volunteering an outsized amount of time to my wife and mine’s pet project of first founding and then constructing and opening a new charter school in the rural community where we lived.

But in just getting all of it done, I failed to notice how much these goals conflicted with each other and with other then-unstated but equally important goals in my life, such as staying healthy and happy.

Our work on the school project actually led to most arguments in our marriage at the time, in retrospect my career was clearly stunted during those years and my body rebelled against all the stress with debilitating headaches.

We extracted ourselves from our roles with the school, which eventually failed and closed, in a painfully slow manner. It was instructive to notice how my headaches disappeared along with all that extra stress in my life.

The experience and ultimate failure of the project taught me some hard truths about certain skills that I do and do not possess, especially when it comes to working with a team and managing people and projects. Let’s just say there’s probably a reason I’m a solitary freelancer and a writer. The dream of starting a school not only conflicted with my other ambitions because of demands on my time and energy, but it conflicted with my personality, making the whole thing even more draining.

A few years later, I made a detailed list of long-term goals and goals for the coming year. But this time I gave myself permission to amend goals and ambitions along the way as the conflicts between them became clear. I set goals for health and fitness, career and finances as well as travel and other quality time with friends and family.

I had no trouble meeting my health and fitness goals for once, perhaps because I had neglected them for so long and they presented new and exciting challenges. For the first time, my flexible goal regime allowed me to pursue them as fully as I always wanted without self-imposed guilt.

I didn’t make or save as much money as I would have liked, or hit as many career milestones as my ambitions (not my potential) would prefer. But it was a remarkable year filled with travel and memorable experiences that will fuel my writing and career in coming years: my ambitions were no longer conflicting but had even become complementary.

I also observed similar synchronicities emerging in my daily routine: Doing something active in the afternoon motivated me to be productive with my work in the morning so that I would have the time to let my run, bike ride or workout go long if I felt like it. Then after physically exhausting myself, relaxing in to a second, more low-key writing session feels like the perfect way to finish up the day.

This is the rhythm I’d been lacking all those years that I focused on just getting it all done, conflicts and consequences be damned.

Interestingly, when a financial crunch presented itself at one point, it was easy and almost totally painless to alter my priorities temporarily to address the issue. I attribute this at least in part to being healthier and happier, which allowed me to pretty easily slip another beat into my daily rhythm for a while.

I don’t have it all figured out just yet. I’d still like to make more progress towards my financial and career goals, in particular. But the exercise of first tailoring my ambitions to better suit my personality and my needs as a complete person rather than just climbing the career ladder, then adjusting accordingly when conflicts arise, has led to more health and happiness. All the while, my career and financial situation didn’t progress as much as I would have liked, but they did inch forward.

And that’s just fine. Success is often a slow process. It’s very rare that we marvel at a groundbreaking successful person or project before then dismissing the success because it took too long to come together.

Instead we’re likely to be inspired by someone who finally “lived up to their potential.”

I’m not sure anyone will ever say that about me, and that’s okay because for now I’m more interested in finding a potential that’s fit for living. 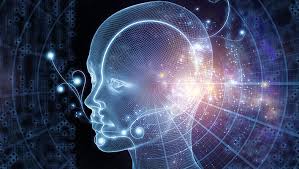